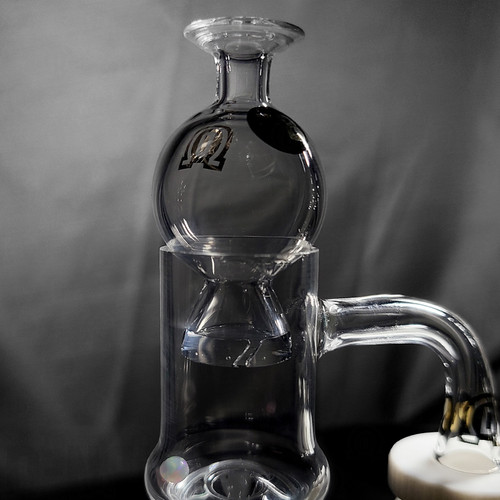 Depending on how you look at it, these caps are either part of the 'end game' of carb caps, or a critical keystone to the future.

The culmination of a two year study in carb caps has a handful of masterworks here and on deck. In terms of standard bubble or flat tops, these are it.

Painstakingly produced in a cross-discipline process, key portions are tooled to extreme precision to be masterfully worked and assembled.We have an extremely powerful and nearly perfectly repeatable function on every one of these caps.

The amount and nature of airflow, where it is situated in a nail, where it's going- what it does to oil in real time- this is what we do, and in side by side comparisons: These caps outperform everything.

The nozzles are the most important part, and these blend power, rotation, penetration, and splash resistance at the highest level.

Easy, powerful spin, thick vapor, and a notably lower vapor point, these are a must have for anyone who wants the absolute best.