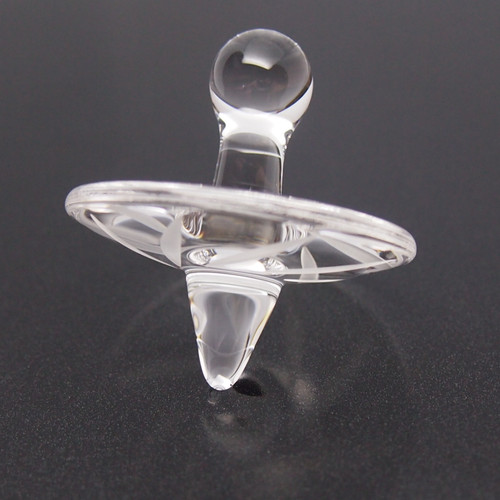 The V2 Channel Caps feature both handles and stabilizer cones, the latter being the most critical feature.  In addition to the mechanical stability, the cone concentrates stray airflow into a secondary vortex - increasing overall power/efficiency, and particularly with inserts, getting extra air concentrated at the center.

The functional engraving is a variant on our 'pinwheel' pattern.